An obstacle to making the game unable to become an official Olympic sport is skepticism about whether a non-physical activity such as gaming can be considered sports, and the International Esport Federation even not yet recorded by the IOC. 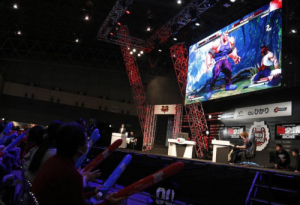 At a forum in Lausanne, Switzerland, at the end of July, IOC President Thomas Bach said that Esport and traditional sports had common values, like competitive passion, before he welcomed the game. Esport professional Jacob Lyon with the words: “Welcome to the Olympic world”.

Also at this forum, IOC has focused on top Esport players, leaders and tournament organizers for the first time – a sign that the IOC is seriously considering Esport.

However, Bach did not specify whether he believed that gaming should be part of the Olympics.

“I have no answers. We will still have to keep in touch. The question is about how the public feels about Esport and whether they can follow it,” he told Lyon. “We encounter a ‘red line’ when it comes to games, because people often assume it provokes violence or discrimination … the Olympic movement cannot overcome these ‘red lines’.”

But Lyon, FPS game Overwatch responds that traditional sports are as violent as video games. He pointed out to Bach – who was once a sword fighting Olympic champion – that, “Fencing is also a sport that originates from violence. The original sword fighting skills are purely killing. its literal meaning “.

The World Health Organization (WHO) announced in June that it will see “gaming disorder” as a mental health condition in the upcoming publication of the new International Diseases Classification document. pouring cold water into the rise of Esport.

WHO official said that between 2-3% of the world’s more than 2 billion people playing video games suffer from “gaming disorders”.

“I hope more people will come to see the Esport tournaments before making judgments about it,” said the Vice President of the Japan Esport Association Hirokazu Hamamura. “Competitors at the global level are athletes with perseverance and mental strength, and they are different from those who are lazy to play for fun.”

Some people still scoff at the idea that gamers are athletes, but the three Japanese gamers participating in the Asian Games remain determined as any other athlete wearing the national flag of the rising sun.