League of Legends has many small but very tough tournaments taking place in regions such as LCK (Korea), VCS (Vietnam), LPL (China).

In addition, Riot will organize two major tournaments to mark the middle/end of the season: Mid Season Invitational (MSI) and World Championship (CKTG) with many special events, attracting audiences. In 2019, MSI will be held in Vietnam with a total prize of 1 million USD. 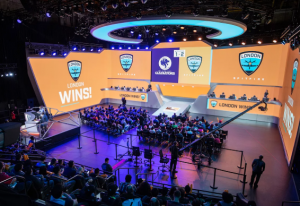 Although the number of players has decreased due to competition from other survival shooting games, Overwatch still holds certain heat.

The 2018 Overwatch League final at the Barclays Center in Brooklyn, New York drew nearly 11 million views in the two days of the event. In the 2019 season, viewers can go on Twitch to watch and cheer on their favorite teams.

PUBG has brought a battle royale craze that has changed the gaming industry. PUBG Global Invitational 2018 (PGI) in Berlin, Germany has a total prize pool of up to $ 2 million.

Following the success of last year, the Global Championship 2019 will take place with 64 players (16 teams) competing on 2 maps Erangel and Miramar.

The survival shooter Apex Legends has reached the milestone of 10 million players in just 3 days. The appeal of the game was so great that the Twitch streaming platform immediately hosted the Twitch Rivals Apex Legends Challenge.

TRALC takes place from February 12 to February 19 with the participation of 48 famous streamer (16 teams). The reward worth 200,000 USD will belong to the team with the highest achievement.

The qualifying round of the combined racing game of football will start on 2 March in North America and Europe with a total prize of about 1 million USD.

If you are a fan of the sport of king and love cars, you should not miss RLCS. Rocket League developer Psyonix said the participating teams will bring explosive matches throughout the tournament to the audience.