All of Duty World League, Clash Royale League, The International, Twitch Rivals Apex Legends Challenge are the most notable esports tournaments in 2019.

Call of Duty World League 2019 includes Hardpoint, Search & Destroy and Control modes with 5vs5 competition. The Pro League qualifying round kicked off on February 4 and will end in July 2019. Participating regions include North America, Europe, Asia and the Pacific region. Call of Duty World League 2019 has a prize size of about $ 6 million, $ 1.8 million higher than in 2018.

The Clash Royale League (CRL) system will take place in March 2019 in many regions to find a representative to compete for the CRL World Finals. Supercells manufacturer will spend at least $ 1 million for this year’s tournament. In 2018, in Tokyo (Japan), Chinese representative Nova Esports took home the championship. 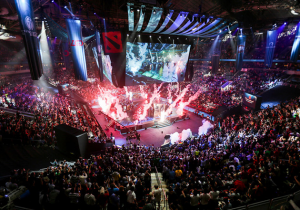 Coming to the Major tournaments organized by Valve, the audience will witness the classic gun screen and the tension and suspense that envelops the arena. From February 13 to March 3, the Intel Extreme Masters XIII – Katowice Major 2019 will take place with a total prize value of up to $ 1 million.

The Dota 2 tournament system is organized annually by Valve with four major tournaments called the Seasonal Major, of which the Summer Season is The International (TI). In 2018, TI 8 in Vancouver, Canada gathered 18 leading teams with a prize value of $ 25 million.