There are various kinds of esports, you should try watching or playing a few different ones from a variety of styles. League of Legends is very popular, but that does not mean it fit everyone’s taste. Here’s a plenty of games from lots of styles that are easy to get into. 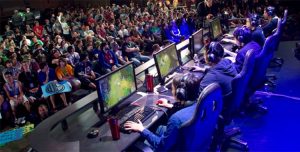 Not only being popular, these esports genres are also very difficult to watch, very attractive to sports fan and you can learn a lot from a vast array of characters in these games.