The Esports Festival will host the World Championship in Dubai, UAE on December 12 to 14. 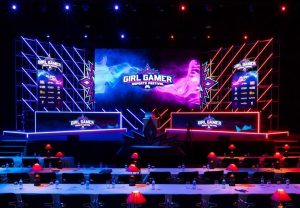 The event, held at Meydan Grandstand, will include a business conference and an award ceremony along with the main competition.

Fernando Pereira, President of Grow uP eSports discussed the joint venture: “We are excited about bringing our event to Dubai and are extremely happy to find such great partners to join. Join us in our mission towards inclusiveness. Diversity is at the heart of everything we do and the GIRLGAMER World Championship will help draw global attention to the incredible gender equality work being done in the region. We also hope to inspire the younger generation to develop more fully and parents develop better relationships with their children. ”

Tean Carnage is the only team to guarantee their place in Dubai so far, having won the Oceania qualifier in Sydney, Australia. The remaining eligible events for CS: GO and League of Legends will take place in Seoul, South Korea on September 6, Madrid, Spain on September 28-29 and São Paulo, Brazil on October 5-6.

Fahad Abdulrahim Kazim, Vice President of Meydan Malls also commented: “This was a very exciting and proud moment for us. Working with GIRLGAMER to bring one of the world’s most interesting and visionary esports concepts to the Middle East is a real honor, and something that demonstrates the DNA of Meydan One and reinforces the commitment of we with the esports world are constantly developing.

The Esports Festival is hosted by Evoloop and offered by Grow uP eSports. It has partnered with Critical Hit Entertainment, ROX Gaming, BBL e-SPORTS and Movistar Riders to expand internationally.

The final qualifier held at Syndey Australia for the Atlantic teams reached 1.3 million viewers around the world. Though the next qualifying round in Seoul, South Korea on September 8 could be ready to break that record because this is always considered the golden ground for Esports.